Menu
Log in
Register
Navigation
Install the app
More options
Contact us
Close Menu
You are using an out of date browser. It may not display this or other websites correctly.
You should upgrade or use an alternative browser.

After some good discussions about power interruption during a long cook and using a small UPS to keep the grill alive, I pulled put the power meter and monitored a 500F cook.

I was pleasantly surprised to find that my 850 does not break 100W at peak draw during ignition. Mine hovered around 98W.

Once the grill was burning wood and the temperature climbed over 150F the hotrod turned off and the power usage dropped to 14 Watts! This was with the fan running hard.

So these grills are very efficient and even a small UPS is perfectly fine to use.

Interesting observation, when I opened the grill to oil the grate and slap down some salmon. The door was open a while, the fan speed dropped to low. I closed the door and checked the power. I was very surprised to see that the hotrod was activated! Power was back to 97W, the fan briefly stopped and then sped up again. The grill had just initiated an ignition cycle, something I never believed Traegers did. Once back up to temp, the power dropped back to its normal 14 Watt "cruise" power and didn't vary at all after that.

I'm learning more every time I play with this thing.

So, the cook, at 500F, I put the marinated salmon filets flesh side down for a 2 min sear. Then I flipped them skin side down and set a Fireboard probe for 135F.
When done I slipped a big spatula between the meat and skin and left the skin on the grill. These babies were perfectly tender, I love my grill! 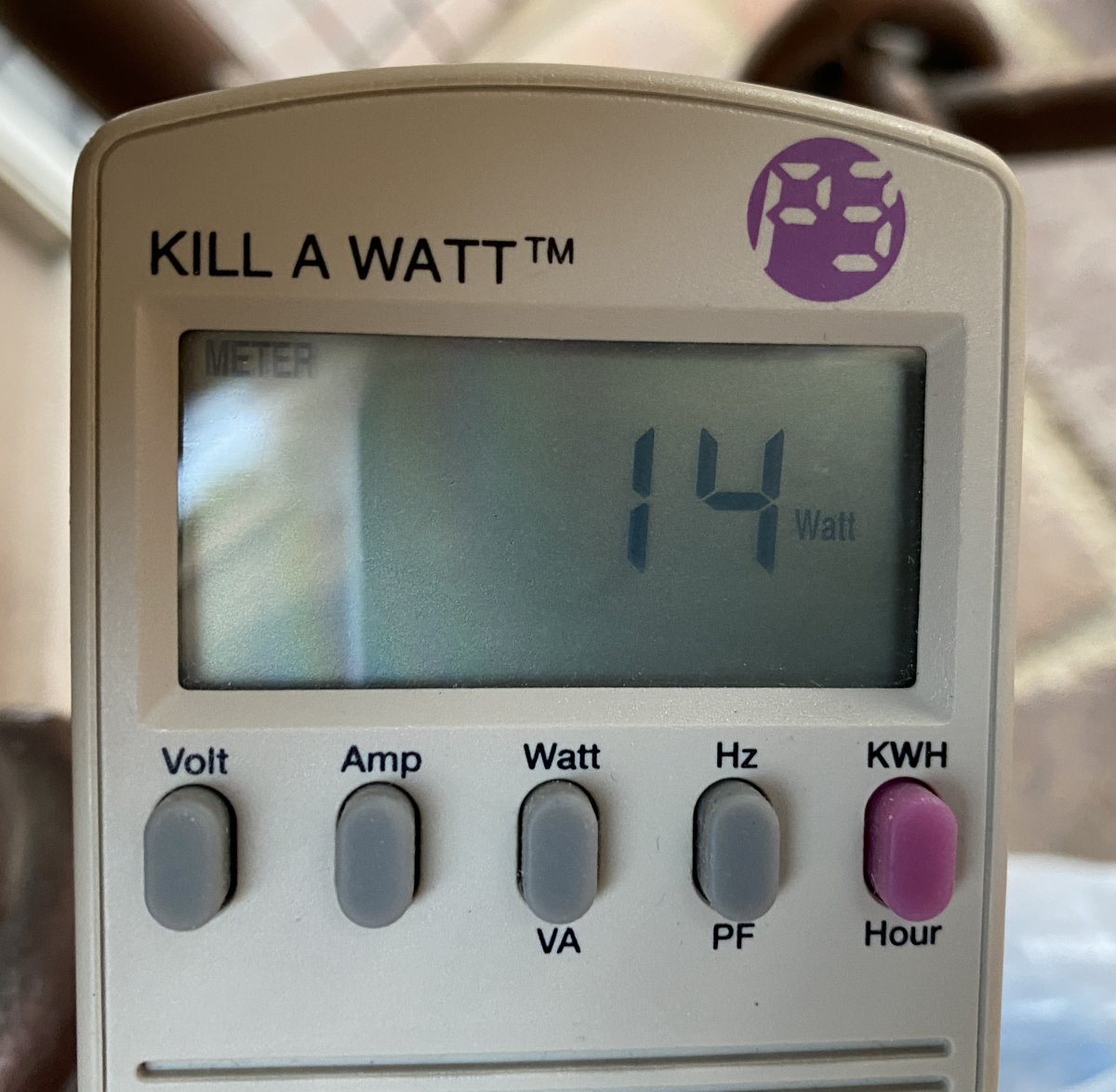 Great Info! So this $40 UPS should work great with any Traeger. 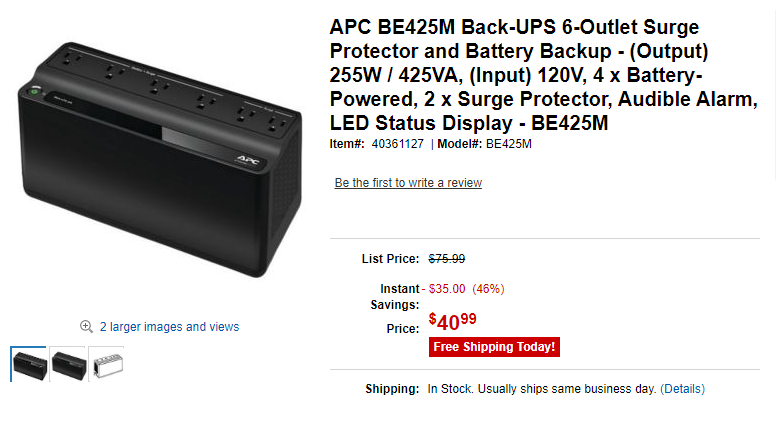 Slimpicker said:
And I assume you would keep this indoors and plugged in till you need it for an overnight cook???
Click to expand...

Yes, these small ups units use gel cell 12V batteries. They always ship with the battery disconnected, you connect, then plug in and use.

Plugged in, keeps the battery charged and ready. If you are going to store the unit unplugged, then just disconnect one battery lead to protect it from bleed down.

Well I was mostly talking about weather proof and OBVIOUSLY it is not, so keep it indoors, plugged in, ready to go, then you can take it outside for the smoke if good weather is expected? I'm clarifying mostly for the people that have their smoker out in the OPEN rather than under cover.
******************************************************
* This site is NOT Traeger Customer Service, we are Traeger users
** If you are having problems??? ► READ THIS FIRST ►TRAEGER CS Links & Facts
***
****
»Traeger 575 Bronze »
ThermaPEN-Mk4 »MEATERx2 »FireBoard|||| » Smokin-it Smoke Generator
3 Smoking Tubes, INKBIRD Sous Vide, GrillGrates, Meat Slicer, Chefs Choice Knife Sharpener
and accessories out the ying-yang

Slimpicker said:
Well I was mostly talking about weather proof and OBVIOUSLY it is not, so keep it indoors, plugged in, ready to go, then you can take it outside for the smoke if good weather is expected? I'm clarifying mostly for the people that have their smoker out in the OPEN rather than under cover.
Click to expand...

I leave mine plugged in currently in the garage and run an extension cord out to the Traeger. I leave it plugged in and it acts as a surge protector till the power goes out.

I'll figure something else out when I move the Traeger to the BBQ patio. I may wire up an outlet and bring it into the garage to plug into the UPS.
Cheers,

All great ideas to protect your UPS, certainly no cheap one is going to be weatherproof.

It is a shame that Traeger just didn't design the grills to tolerate a brief power interruption (60 seconds or less).

At least cheap UPS units are available and a smart idea for any long cook, and they will protect from a surge as well. I had asked Traeger the cost of a controller, $300, so this is cheap insurance.

If you look at a "Silverton" they come with a enclosed chamber under the grill. It would be nice if someone had Plans to do this to a Timberline, or even better if Traeger had a retro-fit Kit....
Last edited: Oct 13, 2020
You must log in or register to reply here.
Share:
Facebook Twitter Reddit Pinterest Tumblr WhatsApp Email Share Link